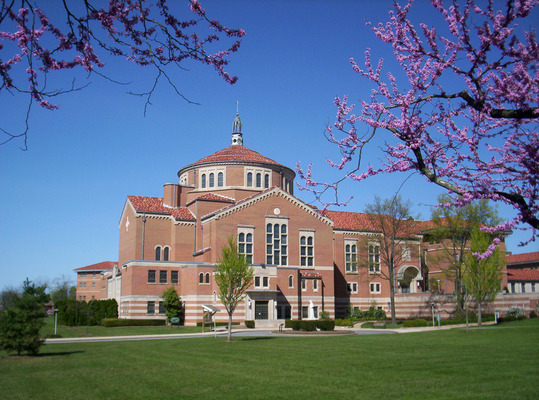 “Sacredness is a big part of why people like to come to Mother Seton’s Shrine,” says Rob Judge, Executive Director of the National Shrine of Saint Elizabeth Ann Seton.  “That sense of peacefulness and sacredness permeates this place.”

Located in Emmitsburg, Maryland, the mission of the Shrine is to promote the life and legacy of Mother Seton, the first native-born Catholic American saint, as a source of inspiration and encouragement for all people.  The Shrine is home to a museum and historical grounds that pay tribute to the life and work of Mother Seton, and a Basilica where she is laid to rest.

Today, the Shrine welcomes more than 45,000 visitors each year.  Additionally, approximately 60 religious sisters reside on the campus of the Shrine.  “Through our work, the sisters hope that more people will be drawn to the Shrine, that their experience will bring them closer to God, that they will see Mother Seton’s witness of charity to the poor, and that they will go home and want to live that out in their own lives,” Judge says.

To further its mission, the Shrine recently expanded its day retreat program with support from the Knott Foundation.  From large confirmation retreats with 80 eighth graders, to faculty and staff retreats from area Catholic schools, to small parish groups, the Shrine is now a bustling retreat center.

During the grant period, the Shrine held 29 retreats, up from 6 retreats the previous year.  With an average retreat size of 35 people, the program also brought many new visitors to campus.  Overall visitorship to the Shrine increased significantly during the grant period.  The upcoming 40th anniversary of the canonization of Mother Seton will offer a unique opportunity to continue to grow the retreat program.

“When the groups are here, they’re able to spend time in the museum, watch the orientation film about Mother Seton, take a walking tour through the historic campus, attend Mass in the Basilica, and make private devotions in the chapel,” remarks Erica Colliflower, Retreat Coordinator.  Notably, most organizers indicate that they would have hosted their retreat at a hotel, or not at all, if it were not for the Shrine’s retreat facilities.

“Being able to take advantage of all of these different services we offer really connects the dots for our retreatants,” Colliflower continues.  “They see the whole picture and are able to walk with Mother Seton along her journey as a convert, a mother, a widow, a foundress, and a saint.”